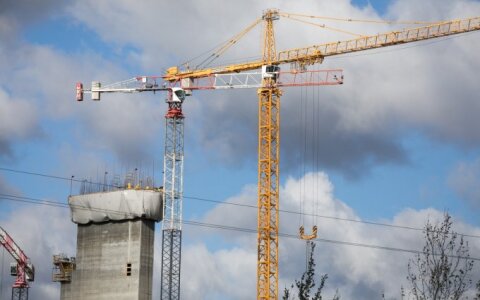 As Lithuania's state-owned energy group Ignitis Grupe (Ignitis Group) has recently completed the construction of a waste-fueled cogeneration power plant in Lithuania's second-largest city of Kaunas and is about to finish building another one in the capital Vilnius, the country's parliament on Thursday banned importing municipal and hazardous waste to be burnt and used to produce energy.

Also, the import of the remains of the process of burning municipal waste, including ashes and slags, will also be banned after Lithuanian lawmakers adopted amendments to the Law on Waste Management with 77 votes against and three abstentions.

Lithuania does not have any band to import waste right now.

It is estimated that around 615,000 tons of waste meant for burning will have been accumulated by 2030, as much as the power plants in Klaipeda, Vilnius and Kaunas are capable of burning, and another 100,000 tons could be burnt by Akmenes Cementas.