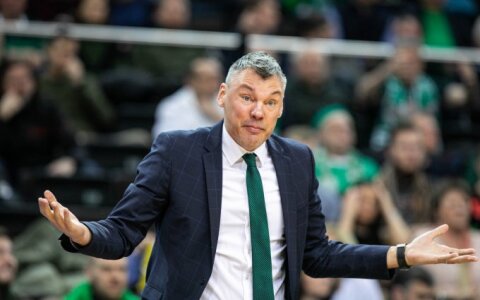 Sarunas Jasikevicius is leaving as head coach of Lithuania's Zalgiris Kaunas, having led the club since 2016, as he used a clause in his contract, taking reigns of Barcelona next season, the Lithuanian basketball club announced on Thursday.

One of Jasikevicius most memorable achievements was reached in 2018, as he guided Zalgiris to the EuroLeague Final Four and took third place.

"We tried to keep Sarunas but the competition for him was unbelievably large. However it may be, with him at the helm, both the team, and the entire Zalgiris organization made an incredible leap forward.," Zalgiris director Paulius Motiejunas said in a statement

Zalgiris will now set search for a new head coach for the upcoming season.