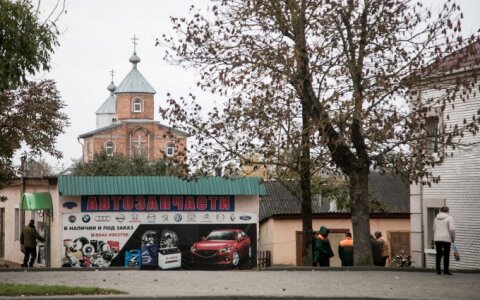 Amid tensions over the Astravyets nuclear power plant, Belarus has moved the Lithuanian kindergarten in Rymdziuny, a village in the district of Astravyets, into new premises.

The kindergarten was inaugurated in the premises of the Rymdziuny secondary school during an official ceremony on Friday, Belarus' embassy to Lithuania said.

The Lithuanian Culture, Education and Information Center in Rymdziuny has until now housed two secondary schools where teaching is conducted in Lithuanian and Belarusian. Both schools shared the center's hall and library, it said.

The Lithuanian kindergarten had since 1994 been located in a separate building that is now in a state of disrepair. An agreement to relocate it to the secondary school was reached during a meeting of the Lithuanian and Belarusian foreign ministers last February, according to the embassy.

The nuclear power facility is located about 20 kilometers from Rymdziuny.

On Thursday, Lithuania was officially informed that the delivery of nuclear fuel to the plant's first reactor unit had been started.

Lithuania is the biggest critic of the Astravyets plant, built about 50 kilometers from Vilnius and less than 30 kilometers from the countries’ shared border, and is determined to boycott its electricity. Minsk denies that the facility fails to meet international safety standards.