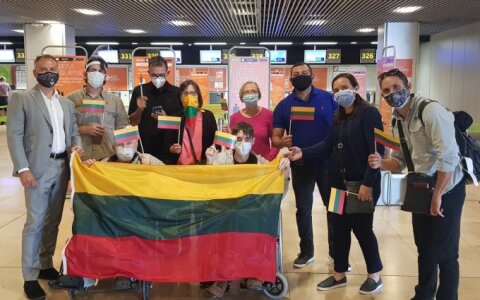 The ministry noted that these are the first Lithuanians relocated from Venezuela under Lithuania's relocation law. The people will now be taken care of by the Refugees Reception Center.

The Lithuanian government launched the relocation of people to Lithuania from Venezuela last September. The decision was made in response to the Foreign Ministry's proposal due to a worsening political situation and the ongoing economic and humanitarian crisis in Venezuela.

In late May, the Lithuanian Cabinet allocated 158,800 euros for the relocation of 12 people of Lithuanian origin.

The Foreign Ministry says it is in contact with almost 50 Lithuanian citizens or people of Lithuanian decent who want to move to Lithuania.