Lukashenko and 29 other Belarusian officials blacklisted in Lithuania 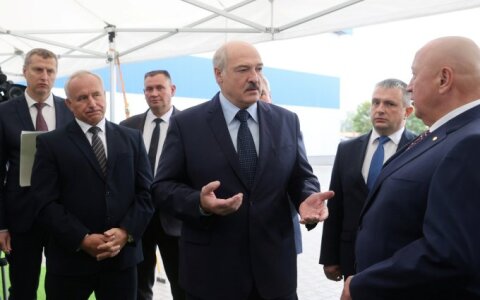 Lithuanian Interior Minister Rita Tamasuniene signed on Monday a decree to blacklist President Alexander Lukashenko and 29 other Belarusian officials for their roles in vote-rigging and violence against protesters.

The Migration Department on Monday added their names to Lithuania's national blacklist of foreign nationals banned from entering the country, the Interior Ministry said in a press release.

The Lithuanian Foreign Ministry submitted to the final list of Belarusian officials to the Interior Ministry last Thursday, it added.

"Upon receipt of additional submissions, the list may be supplemented", according to the press release.

President Gitanas Nauseda said earlier on Monday that the list had been coordinated with Latvia and Estonia, noting that this was "only the initial version, and new people will be added to the list in the future".

From now on, the blacklisted Belarusian officials are banned from entering Lithuania.

Restrictive measures against Belarus were first taken in 2004 over the disappearance of four people. In 2011, the EU imposed additional sanctions against individuals involved in repressions.

Lukashenko and 29 other Belarusian officials blacklisted in Lithuania