Border chief: over 50 Belarusians come to Lithuania after election 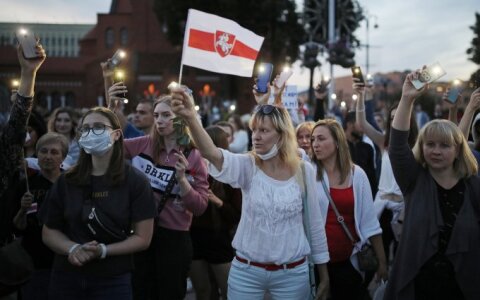 Over 50 people from Belarus have arrived in Lithuania in the wake of the neighboring country's presidential election, fearing persecution and danger at home.

Their applications are currently being processed, he added.

Thirty-seven Belarusian citizens arrived in Lithuania during the period under special permission granted by the interior minister on humanitarian grounds.

Border chief: over 50 Belarusians come to Lithuania after election