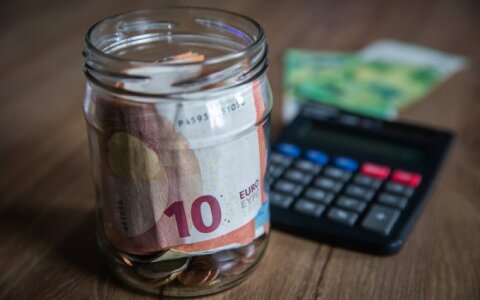 Lithuania's Trilateral Council representing the government, employers and workers is meeting on Wednesday once again to consider raising the minimum monthly salary next year.

The Lithuanian Trade Union Confederation is proposing increasing the salary by 56 euros to 663 euros before tax. The Ministry of Social Security and Labor estimates that the minimum monthly salary could go up to 638 euros.

Meanwhile, the Lithuanian Employers' Confederation believes that raising possibilities should be discussed first. Its president Danas Arlauskas says there's a lack of data to estimate the economic situation next year.

"We want a clearer picture why wages are growing as we see that they have gone up considerably more in the public sector than in the private sector. There are businesses that are completely halted, and tourism, and hotels, and restaurants. We have no tradition to differentiate the minimum wage based on sectors, so that would be a meaningless discussion until we agree on the same principles," Arlauskas told BNS.

Now in Lithuania, the minimum monthly salary stands at 607 euros before tax and it was last time raised in January.