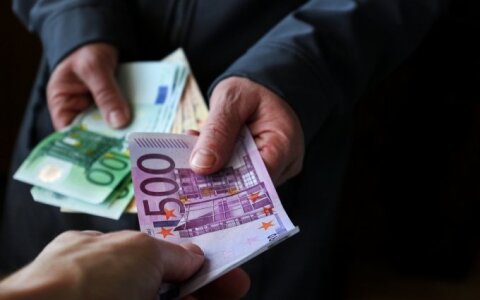 As 2020 dawned, bankers throughout Europe were still digging out of the last crisis, with weak lenders in Greece and Italy peddling soured loans and policy makers channeling public funds to frail institutions.

Now, as Covid-19 wreaks havoc, a gathering tsunami of distressed credit risks wrecking a decade of efforts aimed at bolstering the fragile financial industry. The fallout could also undermine the extraordinary efforts by governments and central banks to prevent an economic meltdown.

While analysts say Europe’s banking system can withstand an expected shock of $300 billion in unpaid debt in the next year alone, it’s the unexpected setbacks that have everyone on edge. Another round of widespread lockdowns, for instance, could add more than $1 trillion in non-performing loans to the pile, according to the European Central Bank, and put the explosive issue of bank bailouts back on the table.

“There will be banks that will suffer, that will not have enough capital, that will be either close to the capital limit or even below,” says Thorsten Beck, professor at London’s Business University. “A pure private-sector solution will probably not be sufficient for coming out of the crisis with a strong banking sector.”

There’s no clarity yet on the damage to bank balance sheets, but the alarms are ringing at lenders such as BNP Paribas SA and HSBC Holdings Plc.

“The preparation and the identification of problems are the most important thing right now,” Andrea Enria, who leads the ECB’s bank-supervision arm, said Sept. 30. “The phase we are in right now is to brace for the impact.” 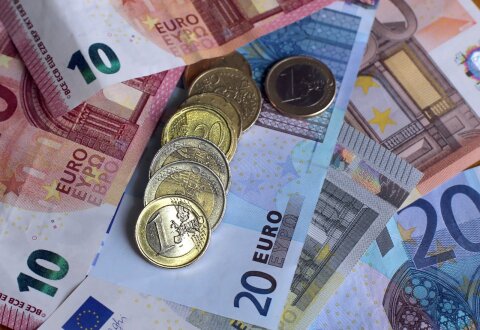 Even before Covid, investors were signaling concern over the mountain of debt piled up in the past decade, when the ECB drove borrowing costs toward zero and asserted itself as the bond markets’ buyer of last resort.

European bank shares -- down 39% this year as a group -- were trading at just about three-quarters of the book value of their assets at the start of the year, according to the Stoxx 600 gauge of banks. They’re now below half.

BNP Paribas has warned about its exposure to aviation and tourism. Commerzbank AG, which has sold bonds to boost its capital cushion, expects more defaults. As emergency programs wind down, “you will really see how resilient and how sustainable the recovery of the economy is,” says Chief Financial Officer Bettina Orlopp.

“The pressing issue for the banks remains legacy pre-Covid NPLs,” says Andrew Jenke, managing partner at Alantra Partners, an investment bank. After dealing with that, he estimates it could take up to a decade to deal with pandemic-era credit.

Banks have received several rounds of relief already, including ECB permission to dip into capital buffers and greater leeway in how they account for government-backed loans. At the same time, supervisors effectively banned shareholder payouts until the end of the year to preserve capital.
For now, officials are kicking the can down the road, as ECB President Christine Lagarde keeps support measures in place. Experts say it’s a matter of time before reality intervenes.

“Governments and banks are keeping companies alive, sometimes artificially, through the moratoriums and waivers,” says Reinhard Dammann, a French lawyer who advises the European Commission on insolvency matters.

That’s where the investors often referred to as vultures come in.

In Europe alone, firms are collectively aiming to raise $11 billion to invest in troubled companies. Globally, some 70 funds are looking to raise a combined $72 billion, more than twice what they sought in 2019, according to Preqin data. Some 20% of that is earmarked for Europe. 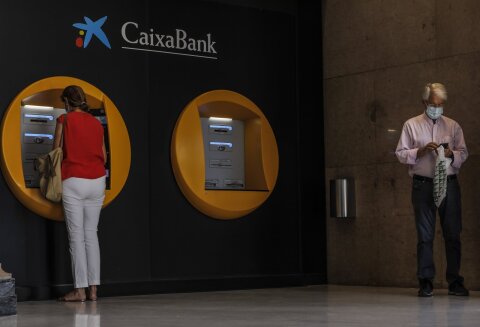 Ultra-low borrowing costs -- driven by ECB interest rates that are likely to stay below zero for years -- will boost their firepower. But deals will still depend on sweeteners, like government or bank guarantees. For now, the pandemic has largely frozen the business off selling non-performing loans.

Policy makers’ Zoom rooms may emerge as key areas of action. While the pandemic forced euro-area officials to break the taboo of borrowing jointly, banking-sector troubles could force them to once more consider politically difficult steps. Talk of a European bad bank to take over soured assets emerged in April, though it was immediately met with skepticism.

The brightest red line would be recapitalizing banks directly. After pouring hundreds of billions of euros into their troubled lenders a decade ago, governments promised that investors would pick up the tab for future rescues. The rules they devised back then, though, have left the door open to public cash injections, an option that Italy and even Germany have taken recently.

The commission has vowed to come up with a new strategy to resolve non-performing debt, bolster secondary markets and reform insolvency frameworks. Elke Koenig, head of Europe’s authority for dealing with failing banks, has said the EU has the appropriate tools to manage bank failures and avoid financial instability.

“Authorities need to prepare for bad things happening,” said Paul Tucker, a former deputy governor of the Bank of England who helped draw up a new global framework for banks after the financial crisis. While the first option for dealing with distressed banks should be the current rulebook -- including losses for bondholders -- fallbacks are needed, he said. 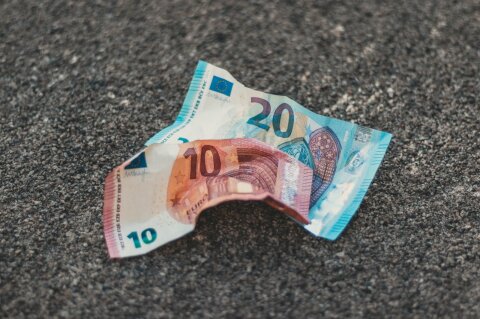 That’s why merger talk among banks is heating up. The urgency to cut costs and bolster capital buffers is offsetting the historical pitfalls of mergers in the finance industry.

Italy, which only managed a weak recovery from the last crisis, is now one of the hardest hit countries by the pandemic. The government is working its way through Banca Monte dei Paschi di Siena SpA’s books, with a state-owned asset manager agreeing to buy most of its 11.6 billion euros of defaulted debt.

At the end of the second quarter, 36 of Europe’s largest banks had a combined 317 billion euros of non-performing debt, according to Bloomberg data. That’s ticking ever closer to the 444 billion euros they had at the start of the euro crisis in 2009, a figure that ballooned over 1 trillion euros in the euro area by 2015.

“Recent regulatory reforms have put our banks in a better shape to cope with the crisis,” said Koenig, “but they are not bulletproof.”