Anusauskas vows to improve his English if appointed Defense minister 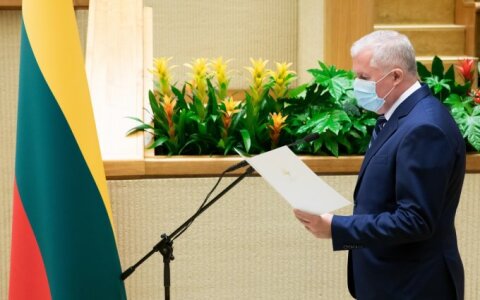 "I have already set a goal of raising that level up over a course of 100 days. I will need additional classes but that’s normal, I think," Anusauskas told BNS on Friday.

He says his official level of knowledge of English is B2 but he personally feels a bit less confident about his skills, adding, however, that it would not undermine ministerial work.

Anusauskas says his knowledge of the Russian language has also deteriorated slightly.

"Every language needs communication and input. I had to do an interview yesterday, so I would admit that I thought my Russian language skills had dropped from B2 to C," Anusauskas said.

Anusauskas also said he's putting more effort to improve his knowledge of French as it's his main foreign language. "I would definitely be busy improving my language skills," the contender for national defense said.

Besides French, Russian and English, Anusauskas says he has learnt a bit of Latvian, Polish and Ukrainian.

Anusauskas vows to improve his English if appointed Defense minister