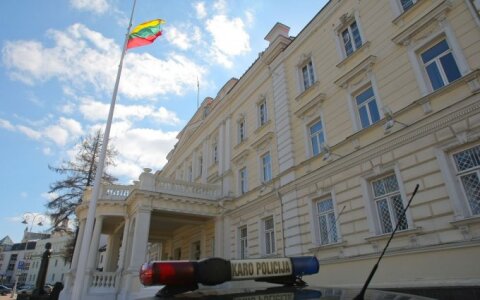 Lithuania's Defense Minister Raimundas Karoblis has appointed a new defense policy director and the director general for capabilities and munitions as of Tuesday.

Robertas Šapronas took post as the ministry's defense policy director, replacing Vaidotas Urbelis who has been appointed as defense adviser at the Embassy to the United States, the ministry said on Thursday.

Before the appointment, Šapronas participated in the European Union's (EU) advisory mission to Moldova.

Colonel Valdas Šiaučiulis has been put in charge of the ministry's capabilities and munitions, long-term military capabilities, planning of weaponry and defense system, military equipment and gear. He replaced Colonel Darius Užkuraitis in the position after he was assigned to the NATO Allied Joint Force Command (JFC) Brunssum, the Netherlands.

Up until now, Šiaučiulis served as Lithuania's defense attache to the United Kingdom.