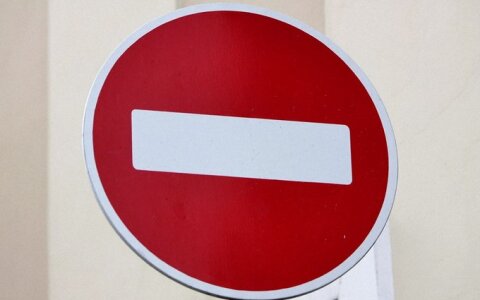 An undisclosed number of Lithuanian citizens, including several journalists and MPs, have been banned from coming to Russia.

"I can confirm that we have been informed that several Lithuanian citizens have been put on a list of persons who are barred from coming to Russia. We cannot disclose the list of the persons or their number," Rasa Jakilaitienė, spokeswoman for the Lithuanian foreign minister, told BNS Lithuania on Friday.

The people on the list are being personally informed by the ministry about the existing situation, she added.

"This is probably the highest evaluation of my life," Valatka said, adding that he's been barred from coming to Russia for five years.

The list also includes several members of the Lithuanian Seimas. The fact has been revealed on Facebook by MPs Vytautas Bakas, chairman of the parliamentary Committee on National Security and Defense, representing the ruling Lithuanian Farmers and Greens Union, and Laurynas Kasčiūnas, a member of the opposition Homeland Union – Lithuanian Christian Democrats political group in the parliament.

Kasčiūnas says he has information that over a dozen MPs are on the list.

The persons on the list say they have been informed they will not be allowed to come to Russia for five years.