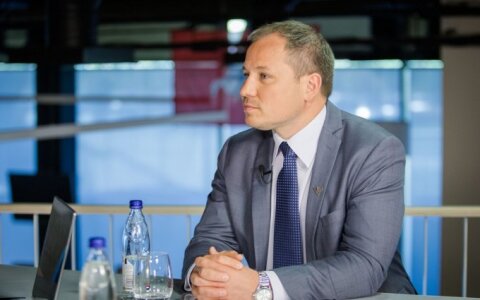 Agriculture Minister Giedrius Surplys says that Lithuania must talk with Germany, Austria, Denmark and the Netherlands in an effort to secure more funding for its agriculture after 2020.

The minister said after a meeting with EU Agriculture Commissioner Phil Hogan on Monday that Lithuania needs to establish a dialogue with these member states as soon as possible.

"He (Hogan) said that the key countries we should start talking to are the so-called payers: Germany, Austria, Denmark and the Netherlands," he told BNS by phone from Sofia.

In Surplys' words, Lithuania asks for the same support as that allocated to other EU member countries in exchange for a greater focus on environmental protection and social needs and on keeping people in rural areas.

Related articles
US and Western Europe’s disagreements: whom should Lithuania stand by?
Lithuania will try to negotiate more of EU cohesion support – vice minister

"I put forward our arguments that we want to apply the 'more for more' principle'. This means asking for equal (support) in exchange for paying more attention to environmental protection and social needs and dealing with the problems of depopulation of villages," the minister said.

"The commissioner said that the tactic is good, adding that we could also emphasize that this is a matter of European security and even the management of the migration crisis," he added.

Surplys has told BNS recently that he will try to negotiate with other EU member states over more funding for Lithuania's agricultural sector in 2021 to 2027 than that proposed by Brussels.

The ministries for finance and agriculture estimate that the European Commission's proposal calls for allocating 5.136 billion euros, at current prices and adjusted for inflation, to Lithuania's agriculture sector in 2021 to 2027, up 8.7 percent compared with the 2014–2020 period.