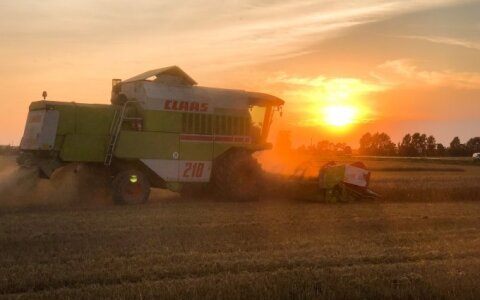 Lithuanian farmers are to attend a protest in Brussels in December requiring higher direct payments and equal treatment, the head of the country's Chamber of Agriculture said on Tuesday.

Lithuanian farmers are to attend a joint protest demonstration in Brussels on Dec. 13 with farmers from Latvia, Estonia, Poland, Czech Republic and Slovakia.

The protest will be held during the meeting of the European Council to discuss the EU's 2021-2027 budget, or seven-year spending plan.

The head of Lithuania's Chamber of Agriculture Arūnas Svitojus told local media that Lithuanian farmers do not want to be treated as being "lower rank".

"Lithuanians had abandoned their negotiating positions when the country was joining the EU and then in later negotiations, since direct payments to our agriculture are much lower as compared to other EU countries," Svitojus told local news agency BNS.

"Lithuania receives less than 70 percent of the EU average," he added.

On average, direct payments in the EU amount to 266 euros per hectare eligible for payment, according to the European Commission.